by Jackie Morris and Robert Macfarlane 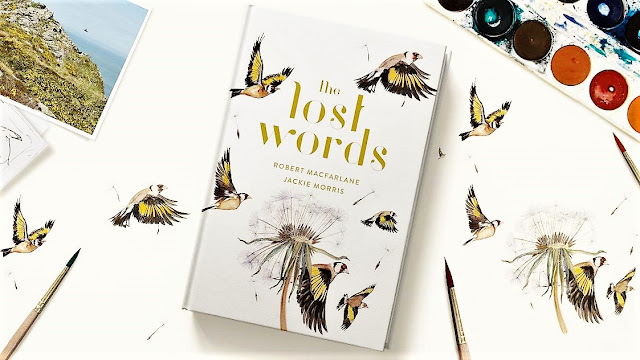 This book really doesn't need any help from me. It's already a classic. But I wanted to review it because I love it.

I wanted to read it from the moment I first heard how it was inspired:-- during one of the regular revisions of the Oxford Junior Dictionary, it was decided to exclude certain words, which modern children no longer looked up or needed-- words such as 'bluebell', 'heron,' and 'conker'-- in order to make room for words such as 'broadband' and 'wi'fi'.

The book's wonderful artist, Jackie Morris, was incensed by this. She tells about how the book came about here. (The beautiful picture at the top of this blog is from Jackie's site.)

Many other writers and artists were aghast when they heard about these words being dropped. There is a theory of language that says that when you lose the word for something, you also lose the ability to think about it or consider it important. It becomes something nameless-- and if people haven't even bothered to name something, it can't be important, can it? 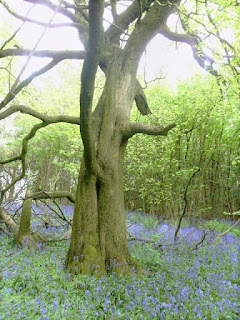 Theory apart, how the hell can you dispense with the word 'bluebell'? Every year I go to view the miles of bluebells in the woods on the Clent hills. Somehow, it wouldn't be the same if I walked there thinking, "What a lot of blue flowers."

Rather, when I look down a slope covered with blue and see the blue spreading and filtering through the trees, it adds a lot to know that these are bluebells, wild hyacinths and that such masses of them indicate 'undisturbed ancient woodland.'

But how can  'heron' ever  be considered a word that isn't  necessary in  a children's dictionary? Or dandelion? Dandelion, for god's sake. Dandelion piss-the-bed: dandelion clocks-- how do you even be a child without knowing the word dandelion and what it represents? As well get rid of 'daisy' or 'buttercup.'

I had been trying to work out how to get my paws on a copy of the book, since its beautiful production makes it expensive... While I was still wondering, I saw a tweet from Jackie Morris herself, commenting in surprise that the third Sterkarm book, A Sterkarm Tryst, was in print.

I have a slight aquaintance with Ms. Morris-- I wouldn't presume to claim it to be anything more. So I tweeted back with a suggestion that we do swapsies. I would send her a copy of Tryst (wot I wrote) if she would send me one of The Lost Words.


I think I got the better end of the deal. The book arrived in the post some weeks ago and I have kept it to hand and dipped into it frequently ever since.

It's a much larger book than you might guess from the picture above. And it isn't a book of poems with illustrations. The artist and poet are equals here-- the initial idea came from Jackie Morris and she tells us how writer and artist influenced each other.

Robert Macfarlane, a prize winning poet and writer, has written 'a book of spells'-- the intention being to spell the lost words back into our memories and useage.

Each spell is introduced by a double-page spread where letters blow and tumble among grasses or fern or trees-- as if the lost words were being broken and scattered. Or, perhaps are being called back, spelled back together.

The poems are acrostics, so the word in danger of being lost is spelled, not only in the title, but in the reading and writing of the spell. And the poems are beautiful. The more often you read them--spelling back those lost words-- the more beauty you find in them.

Facing each poem is one of Jackie Morris' rightly celebrated paintings. And then, over the page, a double spread painting-- paintings of acorns, brambles, owls, bluebells, magpies...

I love the whole book, but I think my favourite part is Bluebell. The beautiful poem is followed by a breathtaking double page showing an owl fleeting and a fox slinking through the dusk of a bluebell wood.

But otters, ravens, newts, willow, adders-- you'll find them all here. Magpies too. I love the magpies who 'gossip, bicker, yak and snicker' in my garden. Love their flying dinosaur shapes, their long tails and petrol blue sheen. Currently they are pulling my hedge to bits for nesting material and flying off towing long streamers of dried grass behind them.

"A proportion of the royalties from each copy of The Lost Words will be donated to Action for Conservation, a charity dedicated to inspiring young people to take action for the natural world.... www.actionforconservation.org"

In Scotland, Jane Beaton has raised £25,000 to give the book to all 2,681 schools in Scotland-- for more about this story, follow this link. 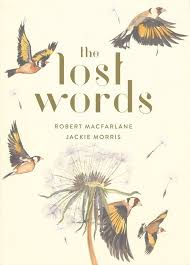